Tesla Bot Optimus was announced to equal parts anticipation and curiosity. Futurists have speculated about humanoid robots since science fiction’s earliest days. And Elon Musk’s Tesla is poised to make it a reality. Tesla has released some intriguing information about their upcoming robot. As you read, you’ll discover how the bot will change our lives and the world.

An In-Depth Look at Tesla Inc.

Any look into the Tesla Bot Optimus needs to begin with Tesla itself. Tesla started all the way back in 2003 as Tesla Motors. The company is, of course, famous for its electric vehicles and dedication to clean energy. The fact that Elon Musk leads Tesla has brought even more attention.

The company has made some incredible leaps in a relatively short time. Tesla launched the Model 3 sedan in 2017. And by 2021, the plug-in EV would sell more than 800,000 units. Of course, that’s just one specific vehicle from Tesla. The company marked its one-millionth car sold in 2020. And Tesla consistently works on innovative new designs to release onto an always curious market.

Tesla’s dedication to environmentally friendly cars also extends to the larger world of technology. The company works with a wide variety of clean energy solutions through its subsidiary – Tesla Energy. Tesla Energy currently stands as one of the world’s largest battery energy storage systems. And it’s also among the most significant solar energy generation companies in the US. Tesla isn’t just working with the US and has a presence worldwide.

Video: Powerwall captures the power of the sun, day and night.

The Tesla Bot Optimus is exciting mainly due to its creators’ track record. As previously noted, Tesla has an impressive history of technological innovation. But there’s one other essential ingredient in the bot’s creation. And that’s Elon Musk. Musk is well known for his impressive vision of a world where technology can change all human lives for the better.

This lets them navigate roads designed for biological optics and brains. Musk sees a future where technology is interconnected. And part of that involves helping technology work within humanity’s environments. This will soon mean that technology can literally walk on human-like legs.

Technological advances are a big part of Tesla’s success. The company has innovated in many different areas, but they’re putting a huge emphasis on artificial intelligence. AI can improve almost any existing technology. For example, Tesla is working on enhancing cars by making them fully autonomous. Self-driving cars collect data from sensors and cameras, which is then sent to an advanced AI.

The AI needs to weigh all of the variables provided by the sensors. Everything from road conditions to bikers and pedestrians must be considered within the larger picture of oncoming traffic. It takes a brilliant AI to handle all that. And Tesla is creating just such an AI with something called “imitation learning”.

Just as babies learn by watching adults, AI can learn tasks by watching humans perform them. Tesla is leveraging millions of drivers’ reactions, decision-making, and movements to create an experiential pool of sorts. Developing AIs can be trained with those millions of reference points. This form of teaching means that AI doesn’t just learn basic rules. It also learns how humans react in complex situations. Human-oriented learning is one of the reasons why the Tesla Bot Optimus is so exciting.

Announcement of the Tesla Bot Optimus

The star of the previous AI Day, in August 2021, was a humanoid robot named Optimus. The robot is known by a few different names. It’s sometimes called Tesla Bot or Tesla Bot Optimus. But no matter what it’s called, one thing was evident on that AI Day. The Tesla Bot is going to change the face of technology.

When Elon Musk announced the Tesla Bot, he stated that it had the potential to be more significant than the automotive business. It’ll be a while until that claim can be put to the test. The Tesla Bot Optimus still doesn’t have a firm release date.

But the world was captivated by its potential during that initial announcement. The robot is about 125-pounds, sleek, and very human-like in its overall design. Moreover, it will incorporate Tesla’s advanced AI to navigate human environments similarly to human beings.

Features of the Tesla Bot Optimus

The Tesla Bot Optimus may not be on the market yet. But Tesla has released information on some of its most vital features. The announcement has painted a picture of an advanced robot that can perfectly fit into most of the same environments you work and play within. You’ll soon see why so many people are excited about the Tesla robot’s various features.

The Tesla Bot Optimus looks remarkably human. It stands at 5 ft 8in, weighs 125lbs, and can carry around 45 lbs. The robot can also perform a full deadlift of up to 150 lbs. The robot’s neither overly fast nor overly slow. It’s expected to have a maximum speed of about five mph.

This is roughly equivalent to a fast power walker but still slower than someone actually running. This paints a picture of a robot that perfectly fits into an average of various human capabilities. Topping things off, the robot also has a stylish white-black metal coat.

You’ve got an idea of what the Tesla Bot Optimus looks like. But what will it do? Musk has commented that Tesla has already created semi-sentient robots on wheels in the form of their vehicles. Optimus will likely see a similar wide rollout for different usage scenarios.

Some people use their cars for work, others for play. The Optimus will almost certainly be an answer to aspects of the labor shortage. After all, it doesn’t eat or sleep. And it won’t even need radiation protection if it’s working in hazardous areas.

Elon Musk has much to say about how the bot will behave and change the world. Musk has reassured people that the Tesla Bot Optimus will be completely safe. It won’t be a real-world version of the Terminator. But interestingly enough, the Tesla Bot will have a personality. Musk states that the fully developed versions of the robots will have real personalities.

And these personalities will be adaptable to an owner’s individual taste. This means that people can ensure that their robot from Tesla is a perfect match for any environment, whether that means fitting into a workplace or putting people at ease within a household setting.

The Tesla Bot Optimus is undeniably futuristic. But recent creations like the metaverse blockchain highlight just how fast technology moves. And Elon Musk has shocked people by stressing that exact point when talking about a firm release date for the Tesla Bot Optimus.

Musk has stated that Tesla should have a working prototype by the end of September. He believes that the actual production of the robot should begin sometime in 2023. Most industry experts were surprised by this timeline as it’s moving faster than anyone anticipated. There’s some speculation that Tesla’s recent hiring boost is to meet those deadlines.

The Near Future Potential of the Tesla Bot Optimus

The Tesla Bot Optimus has nearly unlimited potential. It’s safe to say that the bot’s first use will be within Tesla factories. The robot’s a perfect fit for automated assembly. And unlike current robots, they can easily move components around in the same spaces as human workers. Working in a Tesla factory can also serve as a reliable way to test the bot internally before shipping it out to others. But the far future is also wide open for Optimus.

Elon Musk is as synonymous with space travel as he is with Tesla. And the robot is a perfect match for space travel. It could perform tasks on the moon, or even mars, with the same ease as seen in factories on Earth. And the robot has some serious advantages over humans when in space. Optimus can ensure most radiation and it doesn’t need food, water, or even breathable air.

Dystopian science-fiction movies about robots have been a favorite for most of the medium’s history. 1927’s “Metropolis” began the trend. And blockbusters like “The Terminator” and “I, Robot” have carried the torch into the present era. The movies are fiction, but there are real-world concerns to remember when looking at the Tesla Bot Optimus and other robots. Some of these threats are similar to what people face with other computer-based technologies.

Robots have inherent privacy risks since they’re tied to every aspect of someone’s life. And robots also have intrinsic risks simply since they’re essentially a tool that’s also semi-autonomous. They can be considered part of crime control, policing civil protests, or acting in opposition to any of those issues. The fact that Optimus can easily fit into human environments makes this a more pressing question than what has been seen with other robots.

Are There Any Other Humanoid Robots out There?

While there are other robots on the market, the Tesla Bot Optimus will be the first viable humanoid model. Industry leaders like Boston Dynamics have never been able to push past the experimental phase with their bipedal robots. Boston Dynamics spent over a decade on their Atlas robot, and it still trips often enough just to be considered an experimental design.

Some viable household robots are on the market, like the Amazon Astro, but it’s extremely limited by its lack of arms. It’s essentially an Alexa on wheels. In short, the Tesla Optimus will be a groundbreaking commercial robot.

Tesla Bot Optimus, Robotics, and a Future Built on Web 3.0

The Tesla bot Optimus is made possible through a variety of different technologies. But it’s hardly the only project to result from these advances. Web 3.0 can be seen as the progenitor of many technologies related to the Tesla robot.

AI might be the most easily recognized link between Optimus and Web 3.0. AI assistants like Wolfram Alpha and Apple’s Siri are part of Web 3.0. And Web 3.0’s networking is a big part of AI as well. You can see more of the components which make up Web 3.0 in the article “Web 3.0 Guide; Clearly Explained With Examples”.

The Tesla Bot Optimas highlights how professional spheres drive technological innovation. You might even find yourself wondering how you could enter into a career path related to these high-tech subjects. Metaverse companies and metaverse brand options are critical components of technological growth.

They often involve AI similar to what drives the Optimas, advanced networking, experimental technologies, and even technological economics through metaverse crypto. There are even career paths where you can embrace visual design skills. You can begin learning about career paths involving the metaverse in the article “Metaverse Jobs; Learn Everything About Your Career in the Metaverse”.

The Tesla Bot Optimus is a sign that the future is here. It marks a landmark for AI, mechanical engineering, and many other technologies. But there’s still a lot to discover about this fantastic robot as Tesla provides more details.

Did You Like This Article About Tesla Bot Optimus?

Metamandrill.com aims to provide explanatory and practical information about the metaverse and related topics. You can find all tips in the categories metaverse, explainers & guides, virtual worlds & games, devices and NFTs.
Anele2022-07-12T13:20:09+02:00 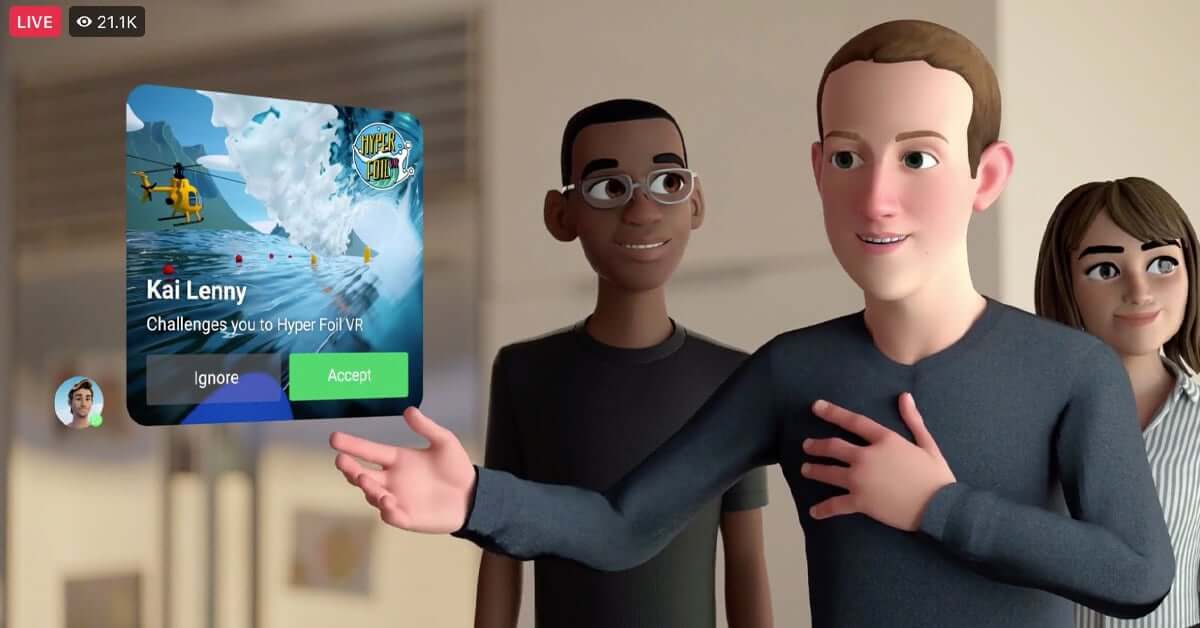 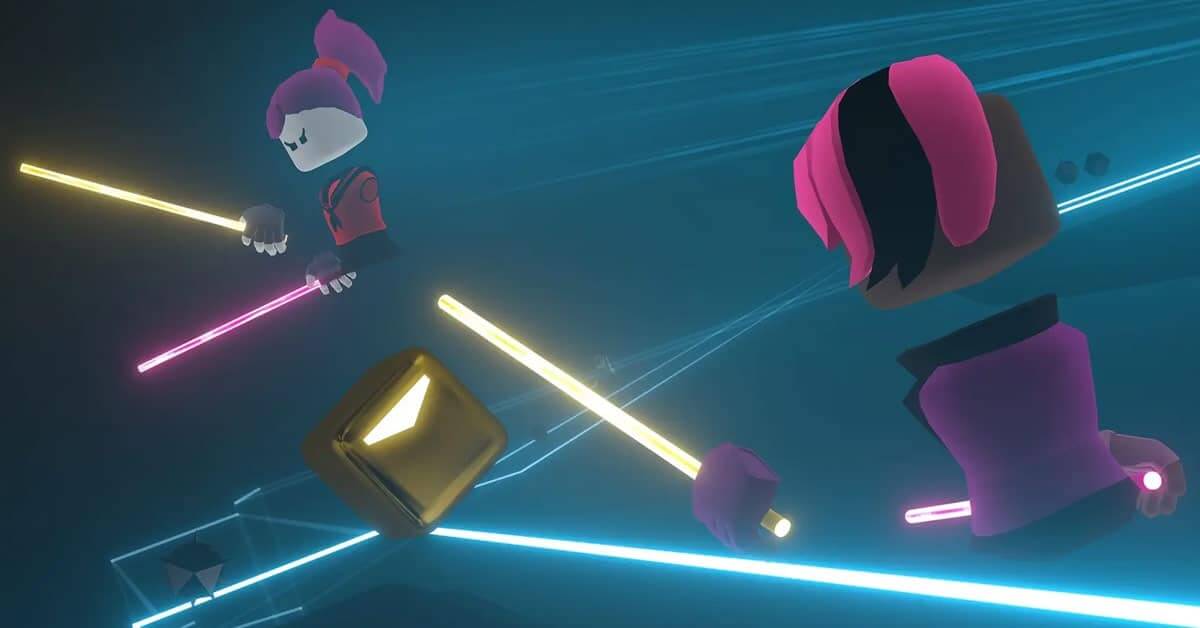 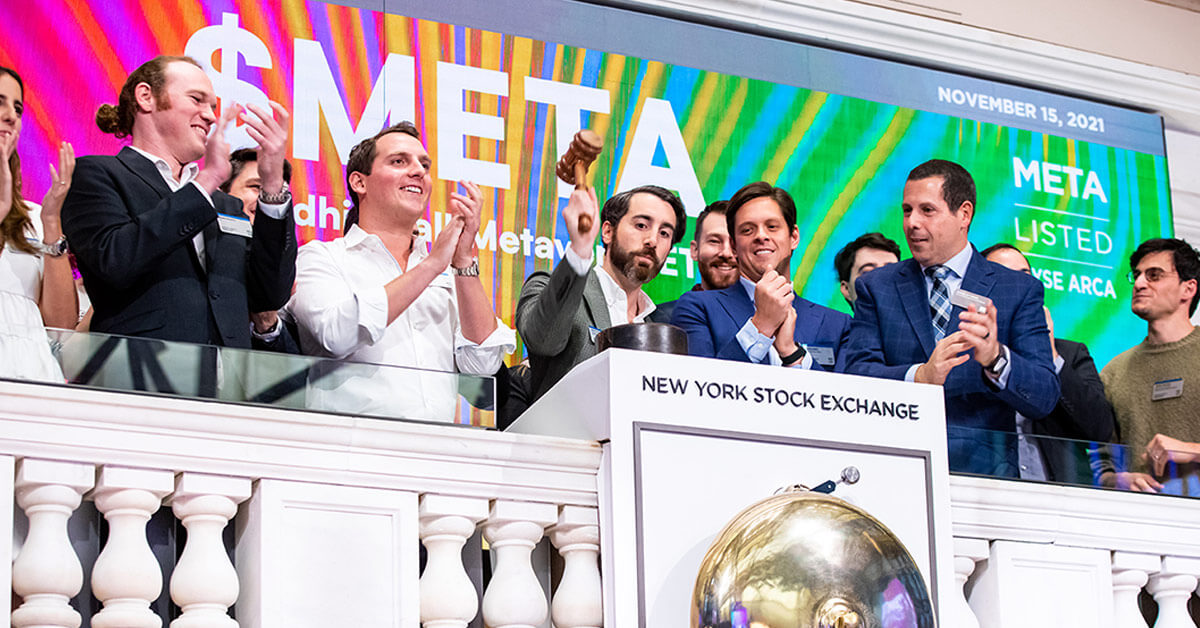 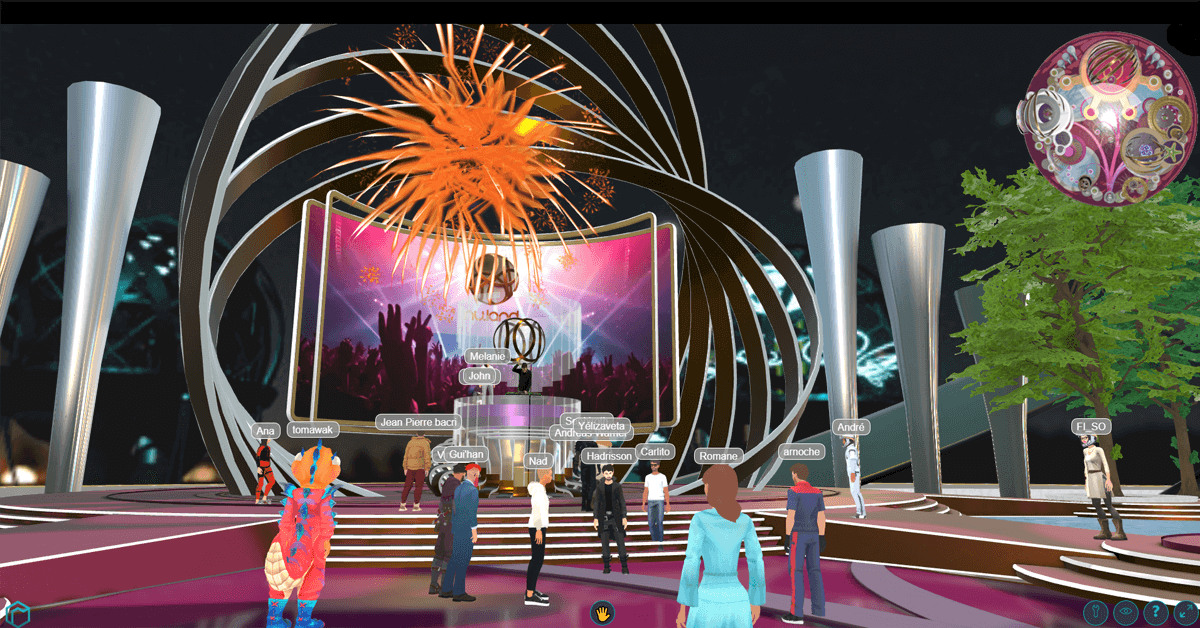 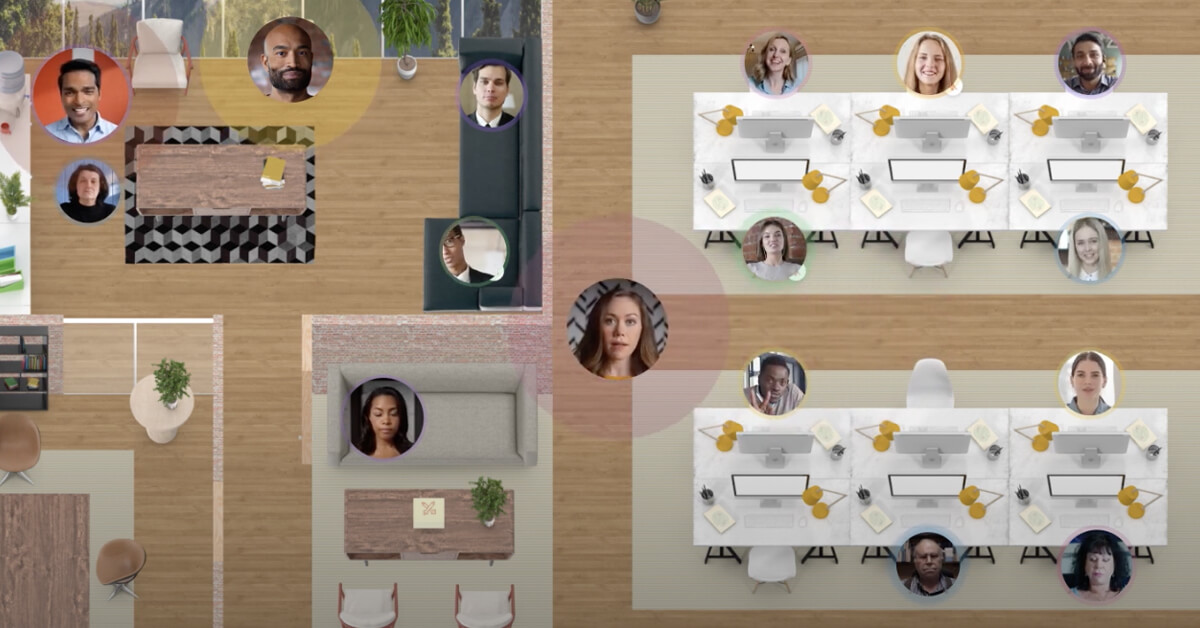 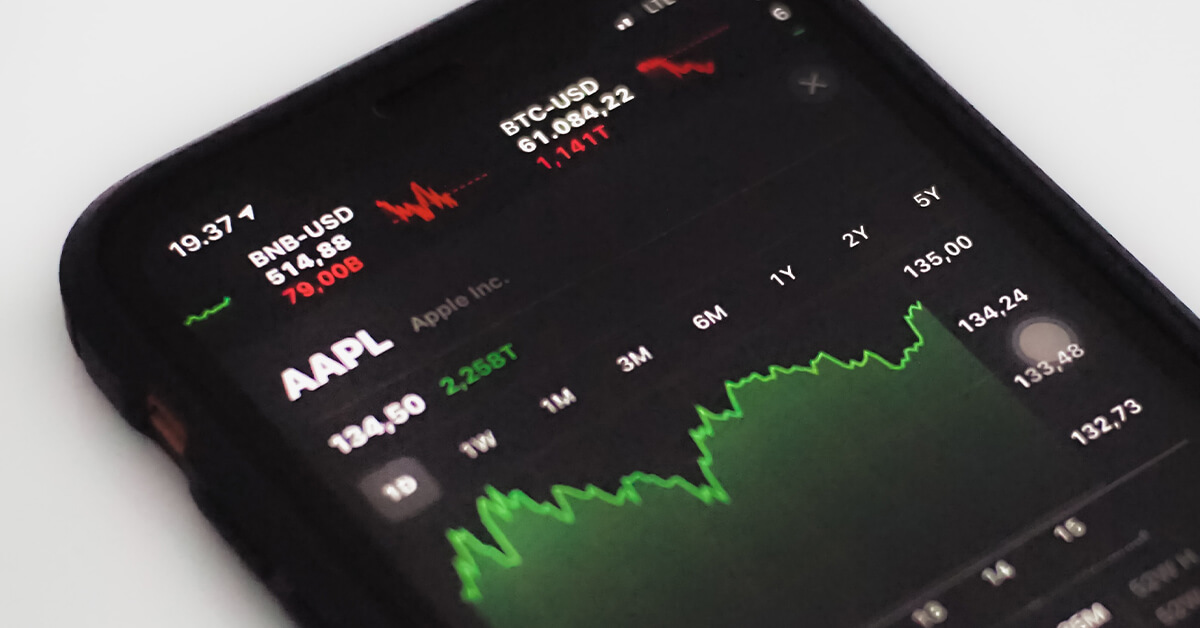